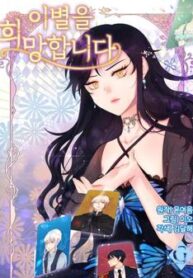 Ayne le Poregrin has three “trophies” in her collection of men: a reluctant fiancé held hostage by his debts, a fickle assassin paid to be her lover, and a soulless pet dog won at a slave auction.

But to suddenly wake up one day as this femme fatale is the worst possible surprise. As the villainess of the novel “The Fairy Garden,” the new “Ayne” is fated to die a painful death at the hands of her very own trophies! To sidestep her grim future, she knows she’ll need to break up with all three. As soon as she tries to say goodbye, however, each man becomes attached and won’t leave her alone!

Can Ayne turn their affections towards the story’s heroine and save her own life in the process? Based on the hit novel.
or more:

Transmigrating Through Every World to Be Your Black Lotus

Master’s Flirting With Me Again

Who Made me a Princess

Reincarnated Into A Warlock 66,666 Years Later