Can We Become a Family?

Read manga “Can We Become a Family” – teenmanhua 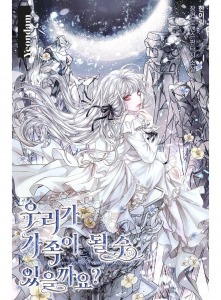 Navia is back for the eighth time.
And this is the final return given to Navia.
In her previous life, Navia was loyal to her adoptive family, who adopted her as an adopted daughter, but she died from abuse.
No two deaths are alike, such as being beaten to death while being bullied by his brother, being kicked out of the house, and freezing to death.
In the eighth and final regression, Navia makes a decision. This time, I will never become the child of any family.

Navia has never been praised. So I’ve always had to live like a villain.
Of course, the compliments given were “not bad”.
As she undergoes a number of betrayals that lead to her death and harsh return eight times, Navia becomes sharper and more intelligent.
Munchkin Yeoju, who knows everything about the future and is even very smart, is always cheerful.
On the other hand, it was very sad to see him walk into the duke’s mansion and fall in love for the first time, and still try to prove his usefulness.
Pretending to be a child when necessary, or accustomed to being abused…
Lark was exhausted from multiple recessions.
Even if something is achieved, I will soon return to zero, so I don’t want to do anything.
The character Munchkin is bored with everything..